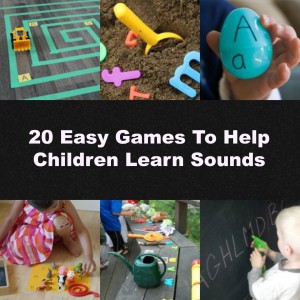 Welcome to my thirdÂ blog in the series “Literacy in the Primary Classroom”. In this blog I focus on how educators and parents can use games in their home and classroom to help children learn soundsÂ successfully.

Learning the sounds that letters make in our alphabet are the building blocks to writing and reading. Children need to have a comprehensive understanding and knowledge of the relationship between the letter and the sound. Â This will give them a solid foundation to learn to read and write efficiently.

Children begin learning sounds before they start primary school. They may know the sound of the letter that begins their name or the sound of a letter of their favourite toy. As you have probably already gathered from my previous blogs, I do not encourageÂ parents and educators to only use flashcardsÂ to help a child learn a concept.Â Learning in context is the best way that children learn anything. It needs to mean something to the child in order for them to store the information in their brain.

Once children have learnt most of the sounds of the alphabet, they need to be exposed to sounds that letters make when they are together. For example phonic blends like ch, sh, ar, ou, er and ing.

Below is a list of 20 soundÂ games that can be played at home and at school. Not only do they give your child an opportunity to learn their soundsÂ but they also are fun and engaging learning activities. All these games are versatile so you can use single sounds or more complicated sound patterns in the games depending of your childâ€™s needs.Â 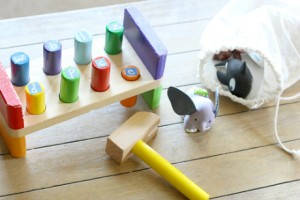 Put a sticker of a letter on each block of wood. Have a mystery bag that has objects that begin with each letter. Have the child put their hand into the bag without looking and pull out one object. The child needs to say the name of the object and say what letter it starts with. They can then hammer down the corresponding letter on the wood while making the letterâ€™s sound.

Have a variety of padlocks with matching keys. On each padlock, put a sticker of an object. Write the beginning letter of the object on the corresponding keys. Lock all the padlocks and put in a tub. Mix up all the keys as well. The child must look at each object, determine the starting sound and use the correct letter key to open it. Ensure that the child says the correct sound for the letter. 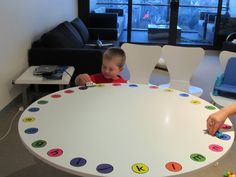 Write all the sounds on different pieces of paper and spread around the outside of a large table. Get you child to use their finger or a toy to move around onto each letter while the music is on. When the music stops, the child must stop on that sound. They must say the name and sound of that letter (or letter pattern) 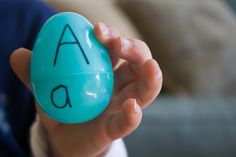 Using plastic eggs, write the lower case and upper case letter on each half of the egg. Take all the eggs apart and mix them up in a tub. The child canÂ match all the correct halves back together while saying their name and sound. (There are many plastic eggsÂ in the shops at the moment due to Easter)

Using a paper plate, write all the upper case lettersÂ around the outside. Have the matching lower case letters on single pegs. The child must match all the letters/sounds together while saying the letter names and sounds.

Fill up a small container with water. Write the letter/sounds on ping pong balls. The child must use a net to catch a ping pong ball and say the name and sound before putting it into their fishing bucket.

Fill a mini cupcake tray with shaving cream. Gently put a piece of paper on each with a letter/sound written on it. The child must say the letter sound and name before they can push the piece of paper down to the bottom of the cupcake tin. Children love squashing the shaving cream. This has always been a successful game for me.

Write letters/soundsÂ all over a large piece of paper. Have a collection of little toys that all begin with one of the letters/sounds on the paper. The child must put each little toy on the corresponding letter/sound while saying the name and sound of that letter.

Make up a simple snake like board game that has all the sounds that your child is working on. Have a little toyÂ to be the playerâ€™s piece. The child rolls the dice and moves that many spots. They must say the letter name, sound and a word that begins (or has it in if you prefer) with that sound before they can have another turn.

Use chalk on a blackboard or pavement to write the letters/sounds that your child is working on. The child must say the correct name and sound of the letter before they can use the water spray to take it away. 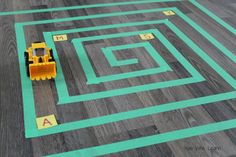 Make a track for a bulldozer to go along. You can use tape, lines on a piece of paper or lines in the sand. Have the child use their bulldozer to pick up the letters/sounds along the way. They must say the letter name and sound.

Have all the letters/sounds written on separate pieces of paper. The child must search the home or classroom to find an object that starts with each letter/sound. They place the object on the letter and continue until the 10 minute time limit is up. Then they have to say all the sounds they were able to find and the ones they could not.

Hide letters/sounds in a sandpit or in the soil. The child must dig around to find all the hidden sound fossils. (you could write the letters on dinosaur bone shapes). The child would then say all the sounds they have found.

Write all the letters/sounds on balls or beanbags. The child picks up a ball or beanbag, says the name and sound and tries toÂ throw it into one of the baskets in front of them.

Write all the letters of the alphabet on different blocks of Duplo. Hide them around the house or classroom. The child must find them all and correctly order them in an alphabet tower. They must say the name and sound of each letter. 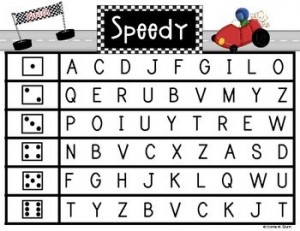 Make a template similar to this image. The child rolls the dice and colours in the first sound in that row. They must say the letter name and sound. Before the game starts they need to guess whichÂ rowÂ they think will be coloured in first. 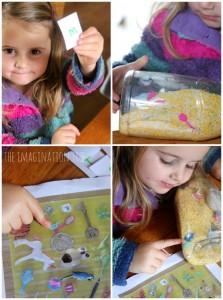 Put a variety of objects in a bottle. Write their corresponding letters on a sheet. Fill the rest of the bottle up with rice or sand. The child shakes the bottle around and when they find an object they must say the first sound of that object and cross the letter off on their sheet. They need to cross off all letters.

It is important that children engage in meaningful learning experiences in order to gain the knowledge and understanding about a subject matter. Have fun with your child as they begin to learn their sounds. Always try to point out lettersÂ in our environment to make connections for your child.

I hope this blog has given you some useful information about incorporating some interesting soundÂ games at home and in the classroom.Â Playing these games will help your child learn their soundsÂ in a fun and meaningful way, instead of just using flash cards.